Warmups on the iPad

This is a project I've been wanting to get done for the better part of a year, and this week I finally did it!    Ever since my choral career was rekindled (last year I taught 7th grade choir, this year I have 8th grade choir), I wanted to put our warmups on the iPad.  Once the choir room was outfitted with new projection equipment and Apple TV, I had even more reason to get this project moving.

I divided my warmups into three types for this project:
• Vocal Warmups
• Rhythm Reading (without pitch)
• Sightreading 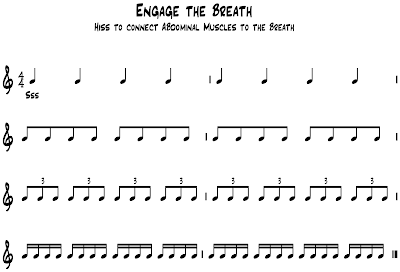 And here's how I did it:
1.  I am a Sibelius user, so I created a new score for each warmup in Sibelius.  I named it according to the three types of warmups above.  In the "subtitle" of the warmup, I would often put the skill or sound I am expecting from the students as a visual reminder.  Sometimes, I would list alternative vowels or consonants for the warmup in the subtitle.
2.  Export the score into some form of graphics file that will work on your iPad.  PDF's and .png files were good choices for me.
3.  Place all of the warmup files in a folder in Dropbox.
4.  From Dropbox, I can open the score in a variety of iPad apps I use in class, such as ForScore or Explain Everything.

Some notes about the process:
• When creating single line warmups in Sibelius, I found the automatic spacing of staves to be a little too close together for my tastes.  Drag them apart slightly for visual separation.

• When creating rhythm reading warmups, I chose "No instrument (Hidden - Show barlines only)" from the "Other" instrument category in Sibelius.  But this instrument gives you very tiny barlines, so I would suggest extending those barlines so they are more obvious.  To extend the barlines, you need to go into House Styles>Edit Instruments.  Click on your instrument and it will bring up another dialog box which allows you to "Edit Staff".  At this point, you can choose how far the barlines should extend above and below the centerpoint (I chose 2.5 above and below).  Much more visually appealing.

• In the past, when exporting a file as a graphic, I always used the Export option in Sibelius and saved the file as a TIFF image.  But TIFF images didn't work in Explain Everything for me.  In fact, when I tried to put my TIFF image into Explain Everything, the entire iPad crashed - twice!  I've never had anything crash an iPad until now.  The iPad had to be completely restarted.  No problems like this with PDF and .png files.

• I am shedding a tear for Sibelius.  As I said, I've been using Sibelius for a dozen years, and it sounds like it might be coming to an end.  Our entire district's music staff has been using Sibelius for the last 10 years.  But with the transition to Smart Music and the possible sunset of Sibelius, I see Finale in our future.  Sibelius and I have spent so much time together that it's kind of like losing a friend.

• After a few hours of work, I have a large set of warmups ready to go, and now can easily add more to the toolbox in just minutes!

Posted by Chris Sepersky at 4:07 PM No comments: 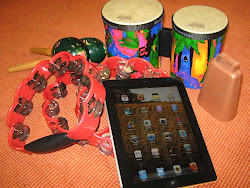